ONE of the most glorious weekends of the year is the first weekend of June.

The summer sunshine makes a conceited effort to emerge from the clouds and grace your bedroom; its quick glance over the parapet promises much, but opts to stay in its fluffy white nest instead. And why not? You’re not planning on getting out of yours any time soon, either. 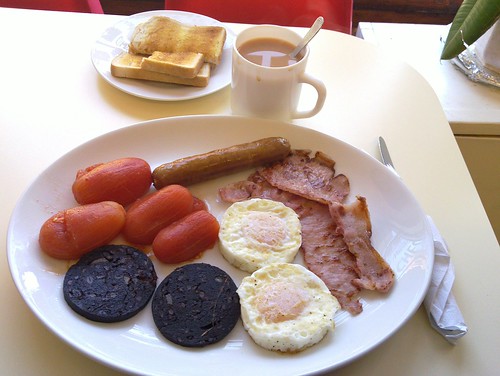 Midday. The smell of sausage, bacon and black pudding awakens the nostrils and then the taste buds; the sound of Saturday afternoon television – cricket, racing, the Black Eyed Peas’ fifth single in six weeks – ends the tranquillity. Channel hopping, hopping channels. Hopping. The only activity you’ll do.

A pair of straight-leg jeans looks towards you, forlorn, unworn. Not today, you tell them, smiling apologetically, disingenuously; shorts, t-shirt and the garden is all that’s required today.

Friday night had been later than it should’ve been. An early start ahead, but you need to find out whether Arnold Schwarzenegger saves mankind again on ITV2 +1. He does. Just like he did an hour ago.

Safe in the knowledge even the coldest robot can feel human emotion, you close your eyes. They open almost immediately. An alarm, like a scythe to your senses, brings you back into the darkness.

A cold shower. It’s meant to be hot. It probably was. You call the cab and pick up the tickets; Sunderland, Birmingham, West Ham. £45 for the match, £25 on the coach, £20 on refreshments and a tenner for this cab. 6am in the morning, £100 down and you haven’t even seen a ball kicked in anger.

There’s no ignoring the fact you become jaded with football, particularly when there’s nothing to play for at the end of a season. Those lazy June afternoons spent with John McCrirrick, wasting a day’s wages on some donkey at Bangor, are needed. Players need their time for recuperation. So do the fans.

Come May, you’re not even at the end of your tether – that was ignited and reduced to cinders months ago. Only Dalglish’s arrival could save it from being the worst season ever, from the damage becoming irreparable. It felt different under Dalglish.

Even then, Aston Villa couldn’t come soon enough. You couldn’t take the good without remembering the bad.

The relationship supporters have with football is an abusive one, though.

3,000 people pay their hard-earned money, and sometimes, for what? To be awoken at the crack of dawn; to watch Carlos Tevez, Aaron Lennon, Scott Parker and Peter Odemwingie – players who earn more in a month than you will in a lifetime – goad them; to stand there, constantly being urged to take up the option of Jobseeker’s Allowance, feeling foolish for not realising the majority of Aston Villa’s support had links with the Department of Work and Pensions. You would say something back, of course, but the words just wouldn’t scan into a Beach Boys song.

But we always come back.

We shove all those moments into the deepest recess of our subconscious. We remember that celebration at Old Trafford when Steven Gerrard nabbed the equaliser. We remember catching the person in the row behind as he crowd-surfed following Maxi’s late winner at Bolton. We remember Meireles at Chelsea and Suarez at Fulham.

Most importantly, we don’t want to forget those times shared with mates. The discussions on which home banker will mess up your accumulator; the greasy breakfast at a well-known chain, swimming in half-cooked tinned tomatoes. That first pint of nice, expensive continental beer, which slowly degenerates into a warm pint of Fosters as the night progresses.

Heading back to Anfield against Sunderland, you don’t know how you lived without it. It felt good to be reacquainted with how this felt.

Three months was just too long. The Kop looked breathtaking, but there still remained some to sing You’ll Never Walk Alone. The chants for the players, the away fans, the miserable stewards. Pepe Reina, Lucas Leiva, Luis Suarez. Home, sweet, home.

And then, 60 minutes in, Lucas misplaces a pass and a groan emanates from the Kop. Adam does likewise two minutes later; the groan becomes louder. The Kop’s seams are swelling with discontent and its waiting for the pressure to be released.

A misconstrued lay-off from Andy Carroll serves as the afternoon’s pin. Pop. A roar of disapproval with a sound akin to the final song of a dying swan who had chosen to smoke 20 Lambert and Butler a day.

A man darts up in the Centenary stand within hearing distance of 12 rows, but not Andy Carroll 100 yards away.

“FER FRIG SAKE LIVERPOOL, GERRINTERDEM” comes the visceral, anguished plea, with the passion of Russell Crowe and the tactical nous of Rinus Michels.

“PRESHHHER” says another, apparently wanting pressure, expressed so eloquently, it would make Shakespeare’s quill weep. Where, why and when this pressure should happen is never quite specified.

If a tree falls in a forest and there’s no one around to hear it, does it make a sound? Only if there’s 10,000 of them at the same time.

“KENNY, GET HIM OFF, HE’S SHITE”. Blunt and to the point, at least. If the thought hadn’t entered Dalglish’s mind, it certainly had now. Off came Dirk Kuyt, to lukewarm applause. Well, that’s if Dalglish had heard it from the Main Stand dugout, of course; that’s if a former title winning manager would contemplate subbing off Dirk Kuyt two minutes after coming on.