Bring back the bobble hats… 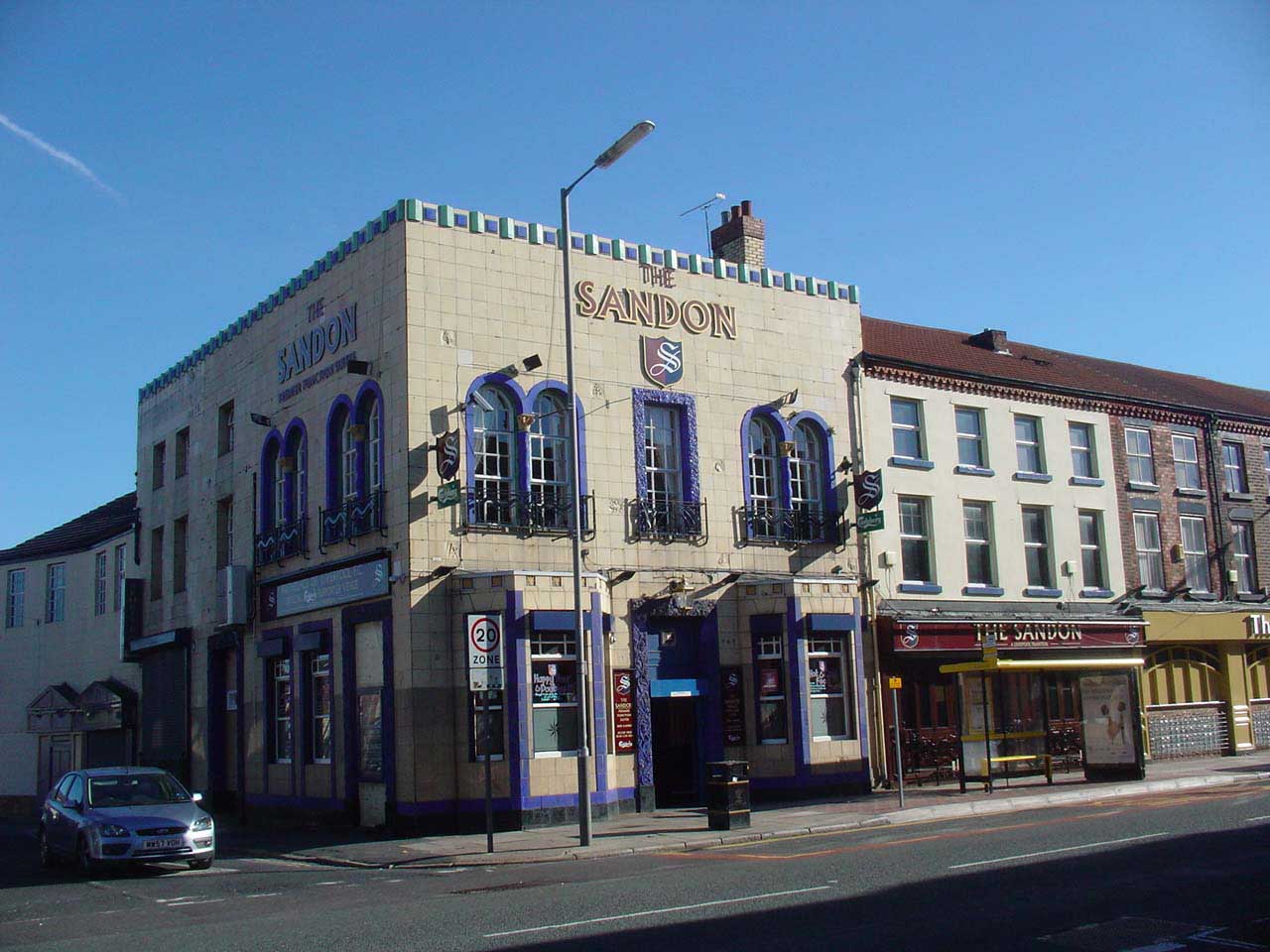 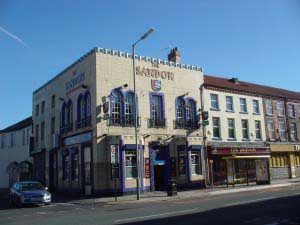 MOANING – I don’t remember doing a lot of it back then. When I was cranking up The La’s, pulling on my semi-flared cords, lacing up my Adidas, blagging some money and putting on my bobble hat. Bussing it to Sheil Road, then walking it to Anfield. Past the garage, the pubs I’d later frequent and the chippies.

Though the fellas with their hats, caps, scarves and their badges. Getting to the Kop and queuing.Sometimes from noon. Banter flying left and right, police horses pushing you into line. Enter at Flagpole Corner, pay a fiver, push through the turnstile and past the man selling the Golden Goal. Up the Kop steps, and there it is – the pitch. As green as green can be.

Framed by the Kemlyn on the right, the Annie Road straight ahead and the Main Stand to the left. An advert, Wonderfuel Gas, stares out at the pitch from the away end.

We talk. School, music, footie, fighting and birds. Clobber and haircuts. And which of the teachers (female obviously) was the best. Miss Cason for me. Never been so into history (my only A at GSCE).

Out come the players. They always seemed wide-eyed. Scared. Surveying the
four corners of our ground. Anfield.

“Booooooooooo….” Back they go. Later, they’re followed out by our boys, the Reds.
Out for the pre-match warm-up. It’s all swagger and smiles.

They’re good and they know it.

Back then, this was meticulously studied: “Brucie’s on fire there – he didn’t let any in.” “See Molby’s ball then?”

The match hasn’t even started, but we’re having a laugh. That’s what it was about
then – laughing.

Now? I know, I know – I’m turning in one of them old moaning bastards. But it’s not as good, is it? It’s not the same. Not inside the ground anyway.

Since I started going the game (September 25, 1990 – a 5-1 Anfield win against Crewe in the League Cup) a lot has changed. Virtually everything. I haven’t done the statistical analysis, bu tI don’t need to. It costs shitloads more to watch Liverpool now, however you look at it.

Inevitably, the make-up of your average match-going fan has changed. The working man has been priced out. Kids can’t afford it. For many to go to the match now sacrifices have to be made. Lots of them.

Armies of good Reds have had to call time on their match-going.The game has cleaned itself up, of course.It’s safer, cleaner, healthier. There’s no smoke, no piss. More women go.

Oh, and you’re much less likely to get your head kicked in…

But it’s all come at a price. A huge one. What was once a working class game is now far from it. It’s a global business. A lure of capitalist sharks. The people in and around football are permanently chasing the dollar – and I don’t just mean our current owners.

It’s the FA, Sky, the Premier League, even the airlines, the coach firms and the train companies. Thanks to the grabbing bastards, three o’clock Saturday is a rarity. A time and a day that defined football has largely become a thing of a past.

Even if you do get around the money, the rescheduling and the daft kick-off times, it’s just not as good half the time. Decent, enjoyable – but not off the scale.

Is that down to the quality of the team, the style of footie or a change in your average Anfield attendee? The Kop’s had its moments in recent history, yes – Chelsea comes to mind.

But it just doesn’t seem to be as regularly loud as it used to be. The mindset of too many is that the lads on the pitch have to perform before they’ll clear their throats. Some go to the ground fired up and ready to support. Others go to the ground waiting to be entertained and far too eager to gripe, moan or even boo at the drop of a hat.

I might have the rose-tinted spectacles on and maybe I’m romantically painting the past better than it actually was. Maybe it’s part of getting old. Or being a dad.

But it never used to be that way, I’m sure. Walking home with a voice like that baddie from Inspector Gadget used to be the norm not the exception. I’d sang and shouted myself hoarse.

Other habits of match-goers seem to have changed. We stayed until the end of games. Still do. Did people getting off before the end always happen?

I can’t remember it doing my head in quite so much if it did. The one and only time I did it, Coventry had turned up and humiliated us in the FA Cup. Darren Huckerby and Dion Dublin taking the piss? I just couldn’t control my massive cob on and had to leave.

But doing that every other week? Every game? What’s that about?

As one fella near me at the match used to say to people committing this particularly annoying act: ‘Do you get off half way through the film when you go to the pictures?’

The culture around football has changed. It used to feel a bit underground. Special. Rebellious in a way.

When I see a fat 50-year-old dripping in merchandise eating popcorn at the match it’s just not the same.

Perhaps it’s down to the TV coverage, the 24-hour rolling sports news and the internet?

Media-wise it wasn’t wall-to-wall football when I caught the Liverpool bug. It was highlights and the odd full game. European commentary came down a phone-line and the pictures were not as sharp. It felt far away. Special. Maybe we savoured it more that way.

It’s like having fillet steak as a treat. When it’s served up with all the trimmings as a special scran, it tastes that way. But if it was on the plate every night, maybe it would start to get boring…

Sky has got a lot to answer for. The all-consuming Murdoch mouthpiece has its talons firmly into the game. Meanwhile, much-loved media – like theFootball Echo (or The Pink as it was known) and Granada Soccer Night – have fallen by the wayside.

Once players respected their roots. Lived by the fans. Even supped the odd pint with supporters. Now most of them live in a detached, money-driven world behind huge electric gates.

Half of them care little about the sport, never mind the fans. It’s the lifestyle they crave and the money machine gives it to them.

Proper players, like Jamie Carragher, lament it. Carra has expressed disgust more than once about players who don’t take an interest in the sport that is rewarding them with lavish lifestyles.

Is football as we know it sustainable? What’s the long-term plan? What about the community? Who cares?

When I first donned my cagoule and strode up Walton Breck Road, players were allowed a drink, went the chippy and told Match and Shoot magazines that their favourite food was steak. Always.

“Tommy Smith wasn’t born, he was quarried,” Shanks said of the Anfield Iron.

And what about the boots they wear these days? Boots were black with studs when I fouled my way around the school field. Dalglish wore Puma King, Molby wore Patrick – both black and white. Old school. Understated. Classy.

Now? White, orange, red, green, blue, pink (PINK!). Wearing colourful footwear does little to make up for greyness of character though. Many players and managers are media trained – and it shows.

The once entertaining and passionate after-match comments have been replaced with mindless drivel and soundbites: “I’m not bothered that I beat ten, Cruffyed the keeper and did an overhead from the edge of the box, it’s the team that counts…”

The rule-makers as well, what are they on? The tackle has been virtually outlawed. The art form that is a thunderous sliding tackle was seen week-in, week-out when I first started standing on the Kop. And we loved it. Steve McMahon wouldn’t last five minutes now.

We knew what offside was then, too. Everyone did. Second phase? What?

But despite everything, I still go. Still obsess over it. And that’s why the capitalist suits who squeeze every penny they can from our wallets love us. We’re brand loyalists. Through thick and thin. Through the wind and the rain.

It’s not right. It probably won’t change and it’ll just get worse.

But apart from supporting the valiant attempts to make life better for fans by groups like the Football Supporters Federation, Supporters Direct and Spirit of Shankly, there’s not too much I can do about it.