The Feeling Of Following Liverpool On A European Away 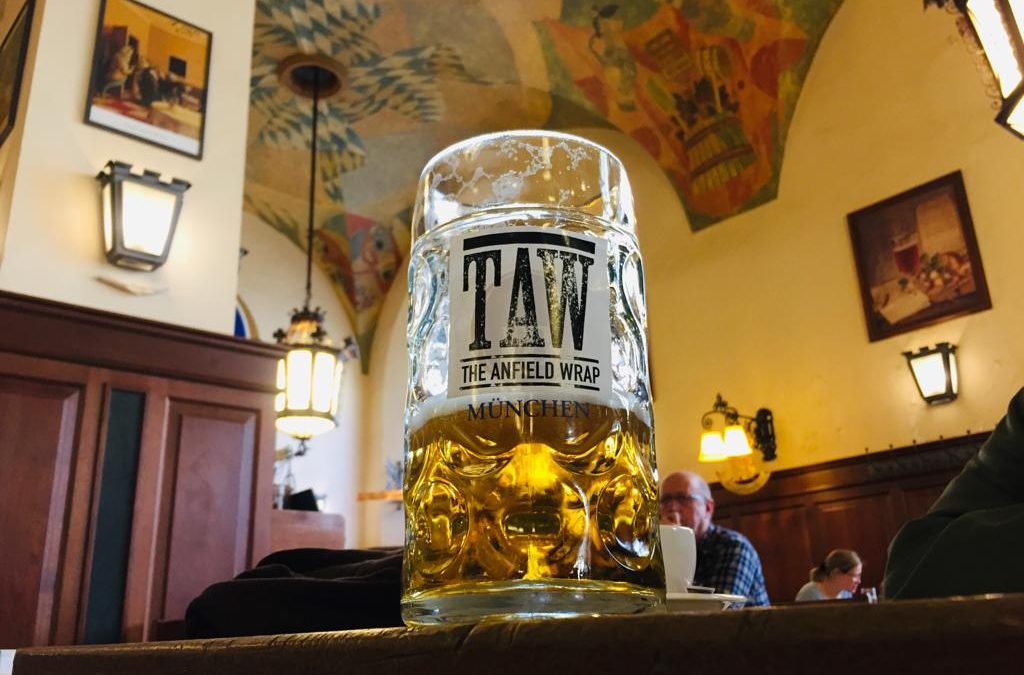 WE’VE been in Munich since Monday night and very much enjoyed what it has to offer.

I’m on pretzels, many. Sausages, many. Beers as big as my head, very, very many. Sleep, not so much.

But today the serious business starts. It can be possible on a European away to almost forget why you are there, such is the fun, frolics and very many beers. But there is no danger of that here. There is too much excitement for the tie. Too much riding on the game.

For as long as I can remember, myself and the lads I have gone the match with have fantasised over this trip. Praying for Munich on draw day only to get another trip to Madrid or bloody Manchester. This time it landed.

Plenty who said they weren’t doing the last 16 because of money or recent fatherhood suddenly made themselves available when it was Munich. Work rearranged, credit cards leaned on. Forgiveness sought over permission.

Munich hasn’t disappointed. The food, the drinks, the impossibly hospitable people. Now the team can’t disappoint. The stalemate at Anfield makes it proper knockout football. One night with it all on the line. You’re through or you’re not.

This European campaign hasn’t quite got the feeling of the last one yet. It’s less new, and we have a league campaign that we are all painfully obsessing over. You feel that is starting to change today, though.

As a mass of Scousers descend on the city. Everywhere you look there is more. None of whom are talking about Fulham on Sunday. Only if anyone has any spares for tonight.

I’m not too bothered about who plays and who doesn’t. I mean I’d rather he picks Alisson in goal than Mignolet, and I assume big Virg will come back in after being suspended for the first leg, but aside from that I’m not going to worry too much about shape or midfield balance. I’m going to assume Jurgen has got all that boxed.

I’ll support the 11 lads on the pitch for Liverpool and trust them to do the job. It’s not a night for amateur managers, just the best supporters we can possibly be.

I’m well aware of how lucky I am. To be watching my team in Europe again. To be one of the few thousand in possession of a ticket in the away end. I know how many round the world are off to work or school or doing something else, but daydreaming about being in Munich instead.

With the boys and girls in red watching our team. We all need to remember that, those of us going. We are the lucky ones. Let’s act like it. Sing like it. Support like it.

These are the glory days.

“Bayern Munich are one of the top five clubs in world football.

🗣 Subscribe to #TAWPlayer for all of our buildup and reaction to tonight’s heavyweight clash 👉 https://t.co/XZAK9veWt7 pic.twitter.com/xJAtpJGEbL