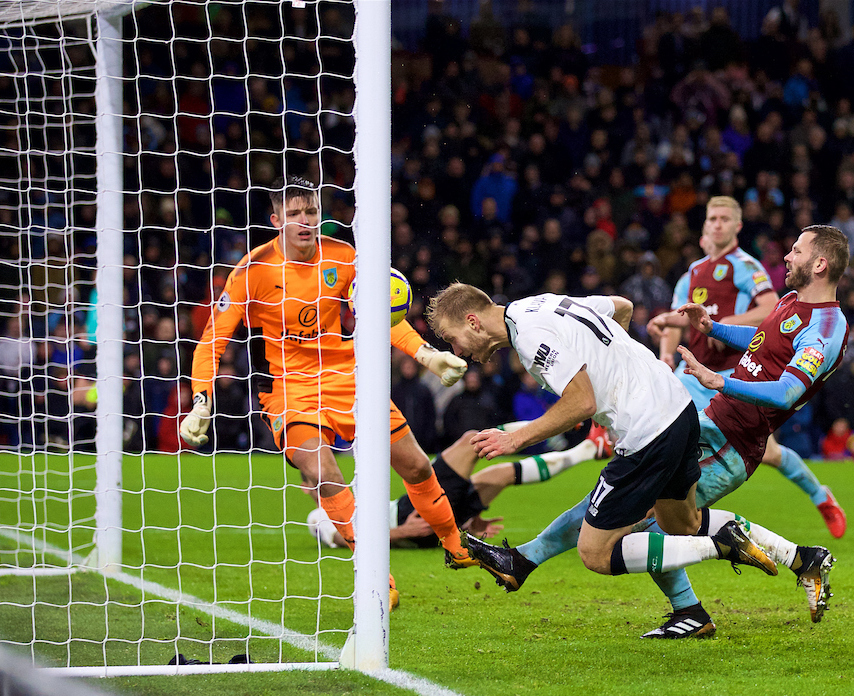 A LITTLE under 12 months ago, Ragnar Klavan lined up alongside Dejan Lovren at the centre of the Liverpool backline against Manchester City at the Etihad Stadium.

The Estonian’s presence in the starting 11 that afternoon was enforced; with Joel Matip injured, Klavan and Lovren were the only two of Liverpool’s three recognised centre-backs available for selection.

Pep Guardiola started with both Gabriel Jesus and Sergio Aguero in attack, and both scored as City went on to win the game 5-0.

With an inexperienced Trent Alexander Arnold at right-back, plus the much-maligned Alberto Moreno and Simon Mignolet completing the rear-guard, the humbling final score was not merely the result of poor performances from Klavan and Lovren.

Yet the ease with which City created each of their goals highlighted the feeble nature of the heart of the Reds’ defence. Aguero and Jesus were afforded the freedom of the penalty area throughout and the lack of communication between Liverpool’s central pairing meant that things continued to deteriorate until the full-time whistle was finally, mercifully blown.

Jürgen Klopp had spent the summer declaring there were no centre-halves available to purchase that he believed were superior to those he already had at his disposal, though his evident pursuit of Virgil van Dijk did little to quell the sense of disbelief among Liverpool supporters.

The City defeat was the nadir for the detractors who thought that the lack of transfer activity in the centre of the defence was negligent on the manager’s part.

Van Dijk’s eventual arrival, and the aura of calmness and control emitted by the Dutchman, helped turn the Reds’ defence into one of the strongest in the country. Since making his debut in at the turn of the year, no player has earned more clean sheets in the Premier League than van Dijk, and Liverpool haven’t conceded a league goal at Anfield since February.

The turnaround in Lovren’s form since his potentially career-ruining display against Tottenham at Wembley last November, which has seen him produce standout performances in both a Champions League final and World Cup final, has been another major factor in the Reds’ defensive development.

The problems which beset Liverpool from set pieces have more-or-less evaporated, and the removal of Mignolet from between the sticks has allowed the centre-halves to defend higher up the pitch.

Those improvements, combined with the pre-season emergence of Nat Phillips, mean that in less than a year since the Etihad disappointment Klavan had fallen to fifth — possibly even sixth — choice in the backline, and the chance of a regular starting role had completely disappeared.

Klopp’s desire to integrate Phillips in the first-team setup means the 21-year-old is likely to earn some action in this season’s League Cup matches, restricting Klavan’s opportunities even further.

That’s not to say that former Augsburg man’s departure should be celebrated. His consistently solid, six-out-of-10 displays were often perfectly acceptable, while his ability on the ball made him a positive influence on matches at times, especially at Anfield against lesser opposition.

His impressive outings against Everton at Goodison Park and at home to Manchester City in December 2016 were two of his finest displays in a red shirt, and by God, we’ll always have that late winner at Burnley away.

Not too shabby for four million quid.

But the fact that Klopp sanctioned his transfer to Cagliari, however reluctant he may have been to do so, exemplifies the forward strides made by the Reds in such a short space of time.

To go from relying on a player so heavily, to allowing him to leave for a pittance in just under a year demonstrates the rapid progress the club is making in order to compete at the highest level.

Of course, the collection of centre-halves who remain at the club is not quite perfect.

Lovren remains capable of inexplicable individual errors, while Gomez is still finding his feet in the position. Joel Matip’s atrocious injury record — which has seen him miss a combined 24 matches since joining the club two years ago — combined with his iffy on-pitch performances render him an unreliable option.

Yet the level of depth at centre-back in comparison with the early stages of last season is a huge positive.

Ragnar Klavan’s move to Serie A might seem unnecessary at first glance, but on second look it can be taken as another sure fire sign that Jurgen Klopp’s Liverpool are stepping up a level.